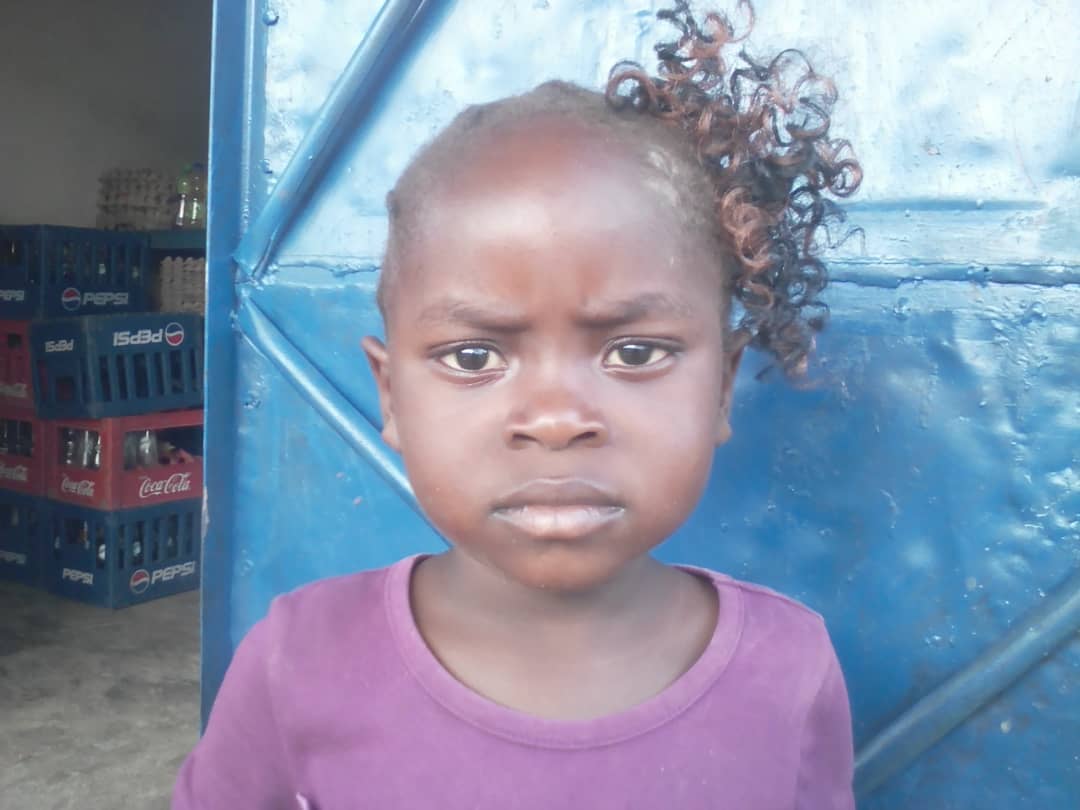 Mirriam Kunda is ten years old and the second born in a family of five. She lives in Kanyama township, west of Lusaka, the capital city of Zambia.

Mirriam is a double Orphan Child, meaning both her parents passed away. She experienced this tragedy when she was seven years old. Her parents were diagnosed with AIDs, they both suffered from this disease for a long time. Her mother died first and a year later her Father died as well leaving Mirriam and her siblings as double orphans. The children were left in the hands of some family relatives who took custody of them. The children had to be separated among the family members. Unfortunately, Mirriam was taken by her Aunt who is abusive towards Mirriam.

In her current home Mirriam undergoes some form of different abuse. She has been denied her right to education, while other Children from the same home have the chance to go school. She is told to stay home and do house chores, while her friends are in school learning. As for Mirriam attending school and being class is just a dream. She is given hard tasks that do not match with age. She is required to fetch water from the community tap which is quite a far distance from her home. She receives some emotional/verbal abuse from her aunt.

We met Mirriam in the street of Kanyama selling some merchandise. Mirriam is a prospective orphan of Christ Heart Transforming Ministries Orphan Center.